All the five ministers and Dave have been re-nominated while Mathur and Rupala will make a comeback to the upper house after a gap of two years. The remaining four are new entrants.

Naidu, Mathur, Harsh Vardhan Singh and Verma have been nominated from Rajasthan while Rural Development Minister Chaudhary Birendra Singh has been re-nominated from Haryana.

Naidu, a Rajya Sabha member from Karnataka, is retiring in June. Once he gets re-elected, it will be Naidu's fourth term in the upper house, which is rare in the party.

Power Minister Piyush Goyal has been re-nominated from Maharashtra, where six seats are falling vacant. The BJP will get four berths.

Railway Minister Suresh Prabhu, who entered the upper house from Haryana, is likely to make it from Maharashtra this time. However, his name doesn't figure in Sunday's list.

Prabhu is among the six union ministers retiring from the Rajya Sabha over the next three months. All six are from the BJP.

Commerce Minister Sitharaman has been nominated from Karnataka. She was earlier a Rajya Sabha member from Andhra Pradesh, where two seats are falling vacant. Both the seats will go to the Telugu Desam Party this time.

Naqvi, minister of state for parliamentary affairs, has been nominated from Jharkhand. Earlier, he represented Uttar Pradesh in the upper house.

Former Chattisgarh minister Ramvichar Netam has been nominated from his home state. 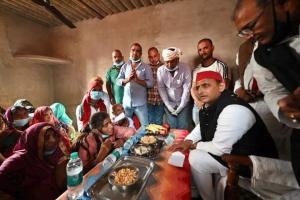 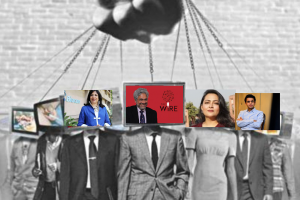