As Prakash Javadekar takes charge of a ministry that appeared to impede the Prime Minister's desire to see world-class Indian universities, step one could be to get his ministry's first-ever national ranking in order.

It may seem like a no-brainer to say that we need data to guide efforts to end malnutrition. Would you run an economy without a regular stream of credible data? You'd be flying blind if you did, and we know what happens if you try to do that. And yet this is precisely the situation that those trying to end malnutrition in India find themselves in.

In October 2014 Karuppasamy (name changed), a farmer in Tamil Nadu's western district of Pudukkottai, had no choice but to rent a pump-set to irrigate his farm when the rains were delayed and insufficient.

To pay for the pump, Karuppasamy took a loan from the local moneylender. He did not consider approaching a nearby bank because he had to get water to the fields within a very short window.

CO2 concentration levels in the atmosphere have risen above 400 parts per million (ppm) for the second year in succession, but this time they will endure for our lifetimes, according to scientists at the Mauna Loa Observatory in Hawaii, global record-keeper of carbon emissions since the 1950s.

A staggering 1,275 people died in police custody in India between 2001 and 2013 but less than 50 per cent of custodial deaths led to a case being registered, data from the National Crime Records Bureau (NCRB) shows.

The deaths in judicial custody - or in prisons-reported by the National Human Rights Commission (NHRC) are much higher.

The data for the later years (2013 onwards) are being compiled, according to the Home Minister's reply to a Lok Sabha question. 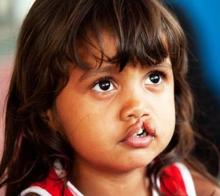 As many as 18.3 million Indians live in conditions listed as "modern slavery" in 2016, equivalent to the population of Netherlands, a rise of 4.1 million since 2014, according to a new global report. In other words, 5,616 Indians were enslaved every day over these two years.

On an average, 51 out of every 100 people are vulnerable to modern slavery - bonded labour, forced begging, forced marriage, domestic services and commercial sex work - in India, according to the Global Slavery Index 2016 compiled by the Walk Free Foundation, an advocacy based in Australia. 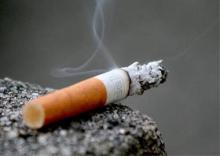 Gory pictures on cigarette packets depicting the dangers of smoking have helped people kick the butt. But despite all the images of the diseased lungs and heart, the number of girls taking to the habit of smoking is on the rise. One of the prime responsibilities and a large opportunity in public health in the 21st century is to prevent the increase in smoking among women.

It is a criminal, non-bailable act, but manual scavenging continues unhindered.

'We do not have any illegal forms of work,' Charu Mori, chief executive officer of Dhrangadhra town in Surendranagar district, told Video Volunteeers, a global initiative that provides disadvantaged communities with story and data-gathering skills. 'Manual scavenging (cleaning sewers and clearing human excreta from open-pit toilets) is a prohibited act.'

As the debate over an alcohol bans grows across India, 15 people die every day - or one every 96 minutes - from the effects of drinking alcohol, reveals an IndiaSpend analysis of 2013 National Crime Records Bureau (NCRB) data, the latest available.

The per capita consumption of alcohol in India increased 38 percent, from 1.6 litres in 2003-05 to 2.2 litres in 2010-12, according to a World Health Organisation (WHO) report, which also revealed that more than 11 percent of Indians were binge drinkers, against the global average of 16 percent.

10 months 6 days ago / by shashank trivedi