Tall, lean and dark, Jaiprakash was an average 11-year-old who loved galli cricket and chips. Then, to his parents dismay, the peppy fourth-grader from Junagadh in western Gujarat started falling ill frequently. Finally, he had to drop out of school.

Is India doing enough to detect fake notes, cited by the Prime Minister Narendra Modi as a significant reason for withdrawing 86 per cent of India's currency, a process popularly known as 'demonetisation'?

Apparently not. In 2015-16, only 16 of every 250 fake notes were detected, according to an IndiaSpend analysis of government data.

In 2008, Arti Chauhan (name changed to protect identity), mother of a 12-year-old girl, a 9-year-old boy and a 6-year old girl, became aware that two pills -- mifepristone and misoprostol -- could induce an abortion, a procedure she considered when she got pregnant when her boy was just a year old.

Chauhan, 28, wife of a daily wager in Rajasthan's Sirohi district, did not want another child so soon.

The death of every other newborn in India can be traced to either low birth weight (LBW) or premature delivery -- a reflection of poor maternal health and an inadequate healthcare system -- according to an IndiaSpend analysis of census data.

Neo-natal mortality is defined as death during the first 28 days of life. And India reports the highest numbers in the world: As many as 700,000 newborns die in India each year -- 29 per 1,000 births.

Would you be comfortable sending your child into a room filled with smoke from 464 cigarettes? That is equivalent to the amount of particulate matter less than 2.5 microns (PM 2.5) emitted by the popular firecracker called a snake tablet.

Mehsana (Gujarat): "Is Khema Bhai there?" B D Sagar shouted out in Gujarati to a small group of people sitting under a tree on a dusty knoll, in the outskirts of Mehsana city, in north-western Gujarat. Sturdily built Sagar, a senior treatment supervisor in Indias national tuberculosis (TB) programme, was searching for a TB patient, a tribal, called Khema Bhai Vanjara. A woman told Sagar that Khema Bhai had moved to another make-shift hut, five minutes away. 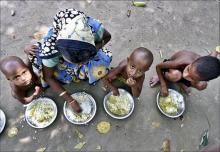 Goals 1 and 2 of the UNs Sustainable Development Goals (SDGs) envision eradicating poverty and ending hunger in an extreme form in the world by 2030. Much will depend on how developing countries fare on the twin goals over the coming decade-and-a-half. This is because a bulk of the poor and hungry population is concentrated in the developing regions of the world.

With a genetic predisposition brought to the fore by changing lifestyles, deaths due to diabetes increased 50 per cent in India between 2005 and 2015, and is now the seventh-most common cause of death in the country, up from 11th rank in 2005, according to data published by the Global Burden of Disease (GBD).

Delhis air is the worst among world megacities, the World Health Organisation (WHO) confirmed recently, even as IndiaSpend's #breathe network of air-quality sensors reported fine-particulate-matter (PM2.5) levels were almost four times above daily safe levels, on average, for the seven-day period from September 22 to 28, 2016.

For long-term exposure, these 24-hour levels are nearly 11 times above the WHO health standards.

Of 5 million malnourished children under five in Bihar, no more than 0.3 per cent, or one in 340 -- at best -- can be treated at the state's 38 nutrition rehabilitation centres (NRCs), the first line of primary care against a condition that can permanently inhibit future potential in a region with India's youngest population.

10 months 6 days ago / by shashank trivedi