Jaipur, Dec 28 The Censor Board has sought the opinion of two veteran historians from Jaipur on film "Padmavati" by inviting them to view the film.

New Delhi, Nov 30, In the midst of a raging controversy over his film "Padmavati", director Sanjay Leela Bhansali on Thursday appeared before a Parliamentary committee here and maintained that the row over the yet-to-be released movie was just based on rumours, strongly rejecting charges that he had distorted historical facts about the 16th century Rajput queen.

London, Nov 23, The British Board Of Film Classification (BBFC) has cleared controversial Indian film "Padmavati" for release on December 1 but a source close to the film's makers said it won't release anywhere on that date.

Bengaluru, Nov 21, Police personnel have been posted outside the residence of Bollywood actress Deepika Padukone's parents here following threats over her role in the Hindi film "Padmavati", the police said on Tuesday.

Panaji, Nov 21, There are calls to boycott the 48th International Film Festival of India over the stir around "Padmavati" release and the exclusion of "S Durga" and "Nude" from IFFI's Indian Panorama section. But filmmaker Muzaffar Ali doesn't want to comment about it and says that he has no idea about the controversy.

Jaipur, Nov 18, Amidst growing protest over Sanjay Leela Bhansali's upcoming movie "Padmavati", Rajasthan Chief Minister Vasundhara Raje on Saturday wrote to the Centre seeking "necessary changes" in the movie before its release, so that "sentiments of any community are not hurt".

New Delhi, Nov 17, There is not a single scene, dialogue or sequence in "Padmavati" that may hurt Rajput pride, senior journalist Rajat Sharma said on Friday after watching the movie.

Mumbai, Nov 13 (IANS) The Indian Film and Television Directors' Association (IFTDA) will on Monday lead an appeal to Information and Broadcasting Minister Smriti Irani and Home Minister Rajnath Singh, on behalf of four other associations, to allow freedom for filmmakers in the wake of the ongoing controversy over "Padmavati". 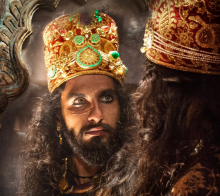 Mumbai, Oct 10, Actor Ranveer Singh says he is overwhelmed and humbled with all the praise and the positive response received by the trailer of his upcoming film "Padmavati". 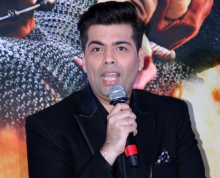 Mumbai, March 16 (IANS) Filmmaker Karan Johar on Thursday said he is extremely upset over the vandalism and arson attack on the Kolhapur set of Sanjay Leela Bhansali's "Padmavati".

Kohlapur, March 15, In a fresh setback for filmmaker Sanjay Leela Bhansali, a huge outdoor set of his historic period drama "Padmavati" here was reduced to ashes after two dozen unidentified persons torched it early on Wednesday.