Rio de Janeiro, Aug 9 (IANS) Shooter Heena Sidhu finished a lowly 30th after the Precision stage of the 25 metre women's Pistol qualification round at the Rio Olympics here on Tuesday.

Heena never really looked in the hunt as she started the first series with 95 cumulative points before dropping to 17th position with 95 points in the second series at the Olympic Shooting Centre.

Starting the third series at 17th place she failed to produce a spirited performance and managed to score 96 to further dip to the 30th spot with a total score of 286.

The Rapid stage will be played later in the day.

Earlier, on Sunday Heena missed out of the race to the women's 10 metres Air Pistol finals event after finishing 14th in the qualifications. 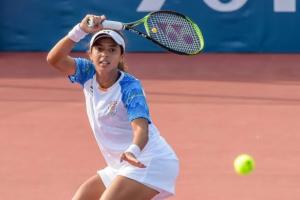