Mobile and Internet services were hit with the storm snapping overhead wires and damaging mobile towers.

Of the ten persons killed, four each died in Kolkata and Howrah districts. One death was reported from Bankura and another from Hooghly following the twin norwesters that had gale speed of up to 98 km.

One person died after being struck by lighting in Indus of Bankura district. Electrocution claimed one life in Hooghly district.

The metrological office said a norwester -- seasonal storm common in this part of the world -- with gale speed of 84 km per hour hit the city and other South Bengal districts around 7:42 p.m.. Another storm struck Kolkata and adjoining districts with a wind speed of upto 98 km soon after at 7:55 p.m.. 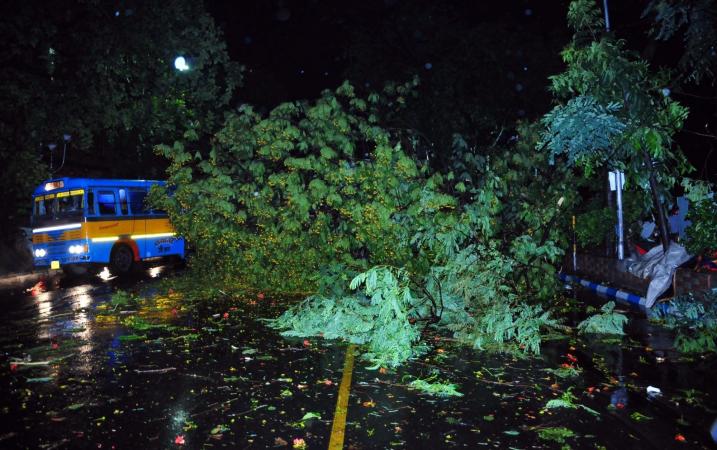 The twin storms played havoc with the public transport system, as trams and trains halted on their tracks with the overhead wires snapping. Flight services were affected for 100 minutes at the NSCBI Airport as planes bound for Bhubaneswar, Delhi and Agartala took off late.

A flyover railing got uprooted and fell on platform numbers 19 and 20 of Howrah station. However, no one was injured.

The Kolkata Metro Railway services were hit when a tee fell between Dum Dum and Noapara stations, as passengers got stuck in the tunnel.