British Prime Minister David Cameron's exit speech, with his quivering lower lip, won praise from some in the social media. Very quickly, however, sentiments changed with the recognition that it was his disastrous decision, coupled with bad timing and strategic misreading of sentiment, that plunged global markets into turmoil and uncertainty. Across the globe, the reaction quickly moved from shock and horror to ridicule and contempt.

The Indian economy is at an interesting inflection point. With RBI Governor Raghuram Rajan announcing his plans to return to academia and the referendum in Britain voting to leave the EU, the world, it seems, has become more uncertain and risk-prone. 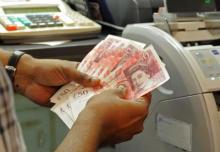 British pride won the day. But is there a fall round the corner, one predicated on isolation and a loss of 350 billion pounds (around $475 billion) in potential ties to the European Union (EU)?

Chandigarh, June 26 (IANS) After being seen as the strongest political challenger in Punjab ahead of next year's assembly elections and even being touted to be the front-runner in occupying power in the state, the Aam Aadmi Party (AAP) seems to be losing a bit of that steam.

As California, the US' richest state, recently overtook France and Brazil to become the world's sixth largest economy, according to a Bloomberg analysis, a comparison with India reveals that California has three per cent of India's population but a gross domestic product (GDP) 125 per cent larger.

California, a powerhouse of innovation and technology, has 39 million people; less than Odisha which has a population of 41 million. Texas follows California with a GDP of $1.58 trillion (Rs 105 lakh crore) - 79 percent of India's current GDP with 2.1 per cent of its population.

By their Brexit vote, the people have administered a punch on the chin of the British establishment, leaving it rattled and dazed.

Britain on Friday voted to leave the European Union after a 43-year-long stint. But it had less than smooth relations with the group of nations -- its first application to join was peremptorily rejected by France's Charles De Gaulle in 1963, dealing a major blow to the career of then Conservative Prime Minister Harold Macmillan.

In the rural areas of Krishna district of Andhra Pradesh where we've been working, we found that 40 per cent of reproductive-age women are overweight or obese (with a body mass index, or BMI, of 25 or higher; 18 to 22.9 is considered healthy in women). This rate of obesity is nearly three times higher than underweight prevalence, higher even than the average prevalence in Punjab, which leads all Indian states.

New Delhi, June 20 (IANS) Markets bracing for the Monday of the week of "Brexit", when Britain possibly exits from the European Union, will now, following the BSE Sensex fall of 400 points last week provoked by this possibility, now have to contend with the shock news of RBI Governor Raghuram Rajan's Saturday decision to step down when his term ends in September.

The rapid entry and exit of Kamal Nath as the Congress observer in Punjab has once again shown the inadequacies of the party's leadership. 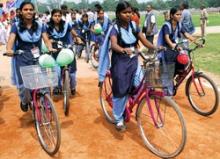 When the then Women and Child Development Minister Renuka Chowdhury launched the Dhanalakshmi scheme in 2008, she hoped it would encourage families to educate girls. The scheme encouraged families to delay marriage, offering Rs 100,000 ($1,500) as insurance if the girl child was not married by 18.

The economic cost of compliance with laws in developing countries can be humongous. A competitive economy reduces the regulatory burden and comes up with solutions to reduce compliance costs.

A migrant from Maharashtra's drought-stricken Marathwada region triples her income - if temporarily - after moving to Mumbai, climbs out of poverty and can repay loans, but families must live in 40 sq ft homes, the size of a large carpet, according to an IndiaSpend survey of 60 migrant families.

Among forms of transport as settings for stories, trains seem the most popular. Rail travel may not have the speed or 'glamour' of air travel, or the well-heeled ambience of, say, a cruise ship, but still has its own charm and mystique that lends itself well to stories. And some famous authors, from Agatha Christie to Ian Fleming, Graham Greene to J.K. Rowling and Khushwant Singh to Satyajit Ray used it to great effect. 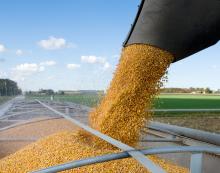 Once relegated to the status of "orphan crops", pulses and millets are currently a subject of tremendous interest among the global community. Pulse crops, millets and a host of other local cereals, vegetables, and fruits are of vital importance to the world's poor. 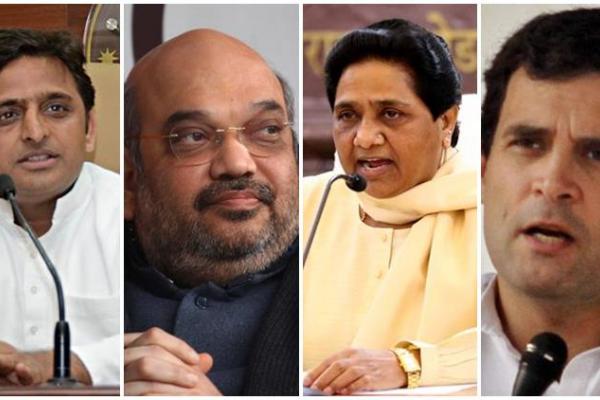